After the First World War, the roaring 20s were a time of change. Personal expression and the rebellious thought of the influential avant-garde movements dominated the 1920s art. The innovations occurring at this time in painting, design, architecture, fashion, crafts, and music are still recognizable and influential. The modern art and the contemporary art production we have come to know owe much to the 1920s art and its authors. Some of the most significant movements, such as Dada, Surrealism, Expressionism, and the fabulous Art Deco had their genesis during this time. Such events helped to re-define and re-shape all the major creative disciplines.

1920s art reflected the period in the aftermath of the World War I. As a remarkable time of creativity, the bold movements brought forth the change in the way society viewed itself. The famous writer Scott Fitzgerald named this period as the Jazz Age. Not surprisingly, the idea of modernism was embedded in creativity, while all the major authors challenged the norms and traditional way of thinking, thus altering the view of the world[1]. Themes concerning sexuality, technology, and social progress were prominent in the culture of this decade. Artists, musicians, writers aimed to produce something innovative and dynamic. As a recognized art form, photography stepped into the spotlight, and the world of advertising was still an arena where artists contributed and created some of the most celebrated colored, and black and white advertisements[2].

For this culture of progress, experimental is the best word used to describe the artistic trends of the 1920s art decade.

Major Artists and Movements of the 20s

Replacing the elaborate styles associated with Victorian era, the new movement Art Deco flourished during the 1920s. At this time, major realist painters like George Luks continued to be popular alongside the new understanding of painting based on abstraction and reflections of nature. Painter Georgia O’Keeffe, who is still celebrated for her depictions of nature scenes, first became popular in the 20s. Her experimentations with abstract forms in painting went hand in hand with the broadening of the sculpture production as well. For the revolutionary thinking regarding the three-dimensional production, much is owed to the Dada movement and the thoughts of Marcel Duchamp. Alongside Dada, Surrealism impacted the visual arts, literature, theater, film, and music[3].

Originating in Europe, Art Deco was a dominant style in design and architecture of the 1920s. As such it quickly spread to Western Europe and North America. But, what is truly defined as the art deco period and how influential was the art deco decorative style? In the United States, New York City’s Chrysler Building typified the Art Deco style while other examples could be found in Chicago, Los Angeles, and San Francisco. Regarding the two-dimensional production, the art deco artists displayed an interest towards the mixture of traditional crafts with machine age imagery and materials[4]. One of the most famous artists of the 1920s art deco period was definitely Tamara de Lempicka, with her portraits of the bourgeoisie and the progress of the era. Characterized by rich colors, lavish ornamentation, and geometric shapes, the movement was celebrated for its pattern designs and poster art. In such examples evident is the dominant rectilinear designs even though art deco artists often drew inspiration from nature and used curved lines as well.

As a modernist movement, Expressionism originated in Germany during the 1920s art period. Initially as a style in both poetry and painting, it emphasized the presentation of the world, both external and internal, solely through a subjective perspective. This emotionally charged period meant a boost for the artistic cinema, marked by the 1920. film masterpiece by Robert Wiene, “The Cabinet of Dr. Caligari”. Radically distorting its images for the emotional effect, passions and moods were more important than the physical reality. Partly as a response to the growing social anxiety and the idea of the loss of spirituality, and partly as a reaction to Impressionist art, Expressionism was mostly inspired by the Symbolism movement of the late 19th-century, but also by modern currents and progress of the era. Some of its most famous painters include Edvard Munch, Wassily Kandinsky, Erich Heckel and Franz Marc. These artists introduced the new standards for art which later gave birth to Abstract Expressionism and the Neo-Expressionism art movement.

For 100 years Dadaism has been praised because of its influence and importance as one of the most important avant-garde movements. Beginning in Zurich during the World War I, it quickly became an international phenomenon spreading to various cities in Europe and America. Opposing the cultural and intellectual conformity in art, usually displaying political affinities with the radical left, dada artists gathered and engaged in activities such as public gatherings, demonstrations, and publication of art and literary journals. In regards to the visual art, the new concept praising the idea above the subject was born. Marcel Duchamp is the father figure of the movement and his experimental nature brought forward new ideas such as readymades. Influential for the original understanding towards sculpture production, idea of the readymades also influenced assemblage, found object pieces, and to an extent junk art and recycled art as well. Praising machines, technology and Cubist elements were features evident in the dada collage pieces and other innovative artworks this 1920s art period left behind.

Surrealism arose from Dadaist activities during the war. Centered in Paris, it quickly became a cultural movement, rather than only artistic. Perhaps the most influential of its forefathers, Andre Breton stressed the importance of Surrealism as a revolutionary movement. Believing that their works expressed the philosophy behind the period in which psychoanalysis was born, elements of surprise, juxtapositions, and importance of the dream-like worlds and the notion of the subconscious dominated. In 1924, Breton published his Surrealist Manifesto and defined the thoughts of the time as pure psychic automatism. Next to Breton, the Spanish self-proclaimed Genius Salvador Dali, known for some of the most thought-provoking and often erotic images, is now revered as one of the crucial surrealist artists of the group.

Be sure to check out works by Salvador Dali on our marketplace!

Today, Surrealism photography is considered one of the important trends of the medium while questions concerning the lowbrow art and pop surrealism would lead to a better understanding of the original Surrealism as well.

For many, the period of the 1920s art is seen as the first modern decade responsible for the creation of concepts that the world follows even today. As an endlessly fascinating time, artists pushed for the new and the revolutionary which helped create the art as we know it. 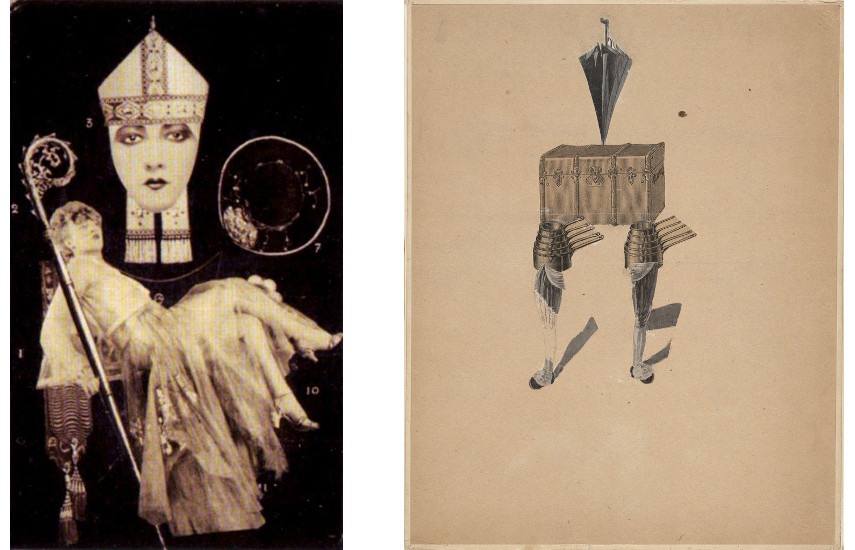 By looking at the politics and culture of Europe in the 1920’s and early 30’s, the author of the book traces the chronology of the Art Deco Style. Beautifully designed and illustrated to reflect the movement it describes, Art Deco is analyzed through its innovations in painting, fashion, architecture, interiors, jewelry, crafts, and furniture. Taking us far back to the time of the movement’s birth, Cubism, Constructivism, Futurism and Modernism are also reflected. Seen as the time that art flourishes, the book places Art Deco at the center of innovations and originality which helped to define this period as one of the most important in history.