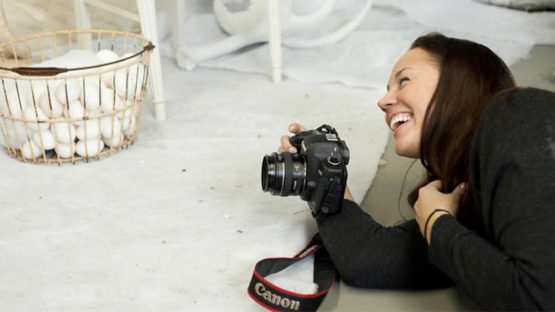 Adrien Broom is an American self-taught photographer with a cinematographic approach to this art, with an affinity for the bizarre and beautiful.

Broom was born in Connecticut. She received a computer animation bachelor’s degree from Northeastern University. Broom has also studied fine art in Florence, Italy, as well as art history in the Christie’s Education program in London.

This contemporary fine art and commercial photographer processes themes of childhood fantasy, most often with one young woman as a main figure. Her commercial work includes fashion and portrait photography.

Broom creates illusions that linger somewhere between reality, dreams and fantasy. Her images are very narrative, while exploring universal themes of childhood and the anxiety of modern life.

Broom usually supplements her studio’s natural light with an artificial illumination. Working on her projects, she developed a routine: the building of the set, photographic shooting and the editing of images. The construction of a set consumes most of the time dedicated to one project; it takes between one and three weeks to create one. Sometimes, Broom composes her fantasy-based scenarios on a miniature scale. For those occasions, she constructs sets by herself, in her studio using malleable and all kinds of found objects.

Broom is very much inspired and influenced by John Singer Sargent, Caravaggio and Gregory Crewdson.