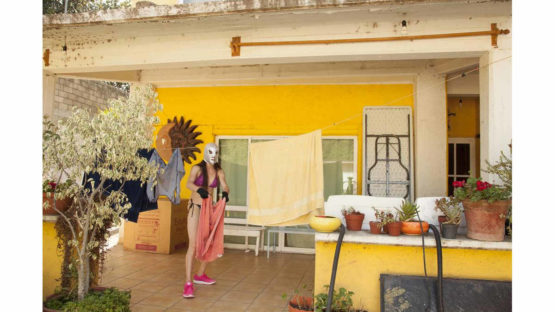 Agnes Eva Molnar is a media artist working mainly in the genres of photography and video, graduated in 2008, and completed her doctoral studies in 2013 in the Moholy-Nagy University of Art and Design, Budapest. She attended the Berlin University of the Arts in the framework of different scholarships. Gender equality and social sexual roles are the main subjects lingering in the focus of her interest. Her photographs are staged, often set in private spaces, occasionally depicting an unexpected moment of an action, putting herself in the scene from time to time. In her series, La Santa, the artist brought into being the female version of El Santo, the male Mexican national hero and lucha libre wrestler.