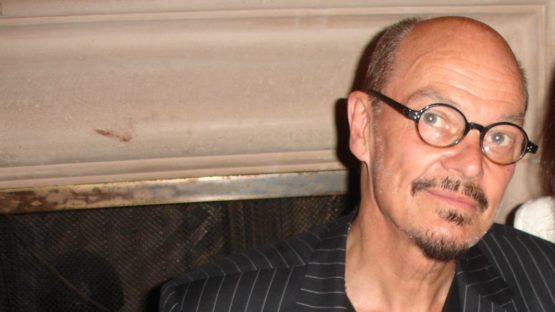 One of the most influential names in the world of professional illustrating, Alan Aldridge was a celebrated English graphic designer and painter who was at the top of his game for decades even though he started dabbling in illustrations during the early 1960s! Just so you can get a clear picture of how successful Aldridge was at what he does, we’ll tell you that he created the cover arts for bands such as The Who, the legendary Beatles and the Rolling Stones, held the position of an art director at Penguin Books and set the standards that still stand in the world of illustrations – plus we’re still to mention that his densely-packed drawings have been the subject of some skyrocketing sales that still hold various records to this day.

Alan Aldridge was born on June 1st, 1943, and he spent most of his childhood and teenage years in London, England. He attended a local school in his neighborhood, but suddenly abandoned the classes at the age of 14 in order to work for Banana Wharf company. Alan started at the very bottom of the firm, as is expected from a child that began working at such a young age – he was unloading cargo boxes from Banana Wharf’s ships at the London’s docks, working in very harsh conditions. Not too long after that, Aldridge did a few stints as an insurance clerk, as well as a couple of barrow boy jobs on Stratford Market. He also made additional wages by plucking chickens at a Halal butcher shop and by painting scenes at The Old Vic, meeting new acquaintances and making ends meet. Painting scenes at The Old Vic was actually the first time Alan Aldridge was in direct contact with art and this practice was the closest thing he ever had to a formal artistic education. Decorating scenes slowly grew from a Sunday job to a hobby and later into a full-blown obsession. Tired from working on other men’s commissions, Alan started to paint portraits to somehow channel his inner visions and creativity – first such pieces were drawn around the pubs of Soho in the year of 1963. As his portraits were starting to circle around the town, everybody began to wonder who was this talented kid who held dozens of jobs and still had time to draw such wonderful pieces. Working off this kind of reputation, Aldridge landed his first big job as an illustrator when the heads in charge of The Sunday Times Magazine offered him a full-time contract. The dream came true for young Alan and all the years of hard work paid off as he suddenly found himself in a position to be well paid for doing something he loved and was good at doing. After that, it didn’t take long for Aldridge to start designing for Penguin books, whose chief editor Tony Godwin offered him a position as an art director, effectively turning Alan into the most sought after contemporary painter in London. Soon afterward, the press conjured a nickname for Aldridge, calling him a Beardsley in Blue Jeans.

Reaching the top was quite unexpected, but thanks to the art gems he was authoring, Alan was able to do so with relative ease

For the first few years after Alan Aldridge became the Beardsley in Blue Jeans, he kept his central focus on designing science fiction book covers. These pieces clearly state the channeled collective mood and trends of the era. In 1968, he established his own graphic designing studio INK which subsequently became the hottest topic of London’s illustration scene. Aldridge’s mix of reputation, fantastic output and talent led him to many opportunities to work with or for some of the biggest names in the UK – most notably, the legendary Beatles, a boy band which altered the course of the music industry forever. The Beatles worked extensively with Alan who created covers for their albums, subsequently turning them into close friends. John Lennon even joked and titled Aldridge as His Royal Master of Images to Their Majesties The Beatles. The years of the 1960s and 1970s were slightly different, as these decades marked the instrumental period of Alan’s career – Aldridge played a crucial role in shaping the graphic style for that generation and his contribution proved to be more than pivotal. Besides continuing to casually design numerous science fiction books, his song lyrics illustrations for the Beatles were making a serious impact on the standards of the music and drawing industry. During the mid-70s, Aldridge’s illustration appeared in a history of British and American comic art, titled The Penguin Book of Comics and the children’s book Ann in the Moon. It was during this period that the key features of his methods altered a bit, converting into a flowing, cartoony style and soft airbrushing. These aesthetics were very much in sync with the times and displayed the popular psychedelic note which was making an impact on all contemporary subcategories of alternative culture. The best work Alan authored during the 70s is undoubtedly the picture book titled The Butterfly Ball and the Grasshopper Feast (made in the year of 1973) – it was created in collaboration with William Plomer who was in charge of writing the verses segments of the book. The Butterfly Ball and the Grasshopper Feast received the prestigious Whitbread Book Award and really stood out from the rest of Aldridge’s projects of the time, like John Elton’s Captain Fantastic and the Brown Dirt Cowboy.

Living the idyllic life of an artist, Aldridge was able to meet some of the most important inidividuals of European modern culture

Later segments of Alan Aldridge’s career were just as successful as the earlier ones, to say the least. At this time, the clients on Alan’s list were all superstars and had pivotal roles in the cultures of both the United Kingdom and the rest of the Old Continent: The Who, The Cream and the Rolling Stones were the newest and soundest addition that joined John Lennon and Paul McCarthy on Aldridge’s to do list. On top of that, Alan continued to design and illustrate numerous science fiction novels and children books. Aldridge was presented with a Silver Award for his scandalous poster for Andy Warhol’s film Chelsea Girls by The Design and Art Director’s Club. In the meantime, Aldridge got married and had four children, with Miles Aldridge turning out to be an excellent fashion photographer and the remaining three – Saffron, Lily and Ruby – setting their sails for the world of modeling. During the year of 2008, the famous Design Museum in London displayed a major retrospective which turned out to be an impressive show titled Alan Aldridge – the Man with the Kaleidoscope Eyes – it was reviewed as the trip of a lifetime and proved to be a massive critical success. And like a cherry on top, at the sunset of his career, Alan proved to be one of the most talented painters in the history of modern illustrations. As a result, this painter turned out to be the key person of his time’s contemporary art and dominated the British advertising and editorial art scene for decades, making it far richer than it ever was. On the 17th of February in the year of 2017, Alan’s daughter Lily announced that her father had passed away earlier that day. Aldridge was 73 years of age at the time of his death.

The Legend of Alan Aldridge and His Art

With humble and hardworking beginnings, to a sudden turn in which he was allowed to do what he loves and all the way to a tale-like skyrocketing to the very top of London’s art scene which made him into one of the most influential and inspiring painters of his generation, Alan Aldridge was undoubtedly a necessary part of literature for anyone dreaming of becoming someone in the world of art. Always popular with both the expert and laymen, Aldridge’s dense illustrations are fascinating, music covers are awe-inspiring, hard to buy science fiction pieces legendary and his all around work set the highest standards for the drawing industry, effectively marking a period of over fifty years.

Featured image: Alan Aldridge – Photo of the artist – Image via cyberdatingexpert.com
All images used for illustrative purposes only.