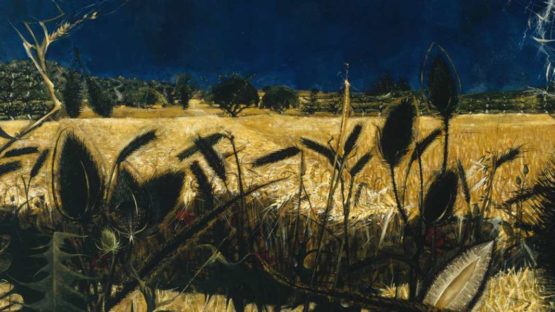 Alan Reynolds was a British artist whose early landscapes of Suffolk and Kent — works peppered with teasels, oast houses, hop gardens, orchards, copses and cornfields — mutated into formally abstract compositions.
Reynolds received his artistic education first at the Woolwich Polytechnic Art School (1948-52) and later at the Royal College of Art, where he won a medal for his painting. His first one-man exhibition was held in London while he was still a student, and his first New York show was in 1954.