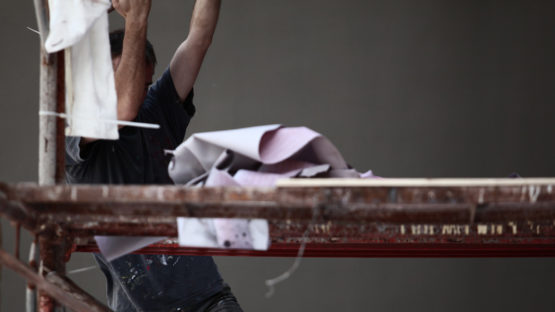 Alexandros Vasmoulakis is a Greek contemporary artist, whose field of interest in the art world include large-scale murals, installations and sculptures made out from found objects, and collaged portraits created entirely from scraps of newspaper.

Vasmoulakis, or Vasmou as he prefers to be called, was born in 1980 in Athens, where he studied Athens School of Fine Arts. In 2006, he attended VSUP Academy of Arts, Architecture and Design, located in Prague, Czech Republic.

The essence of Alexandros Vasmoulakis’ work is rooted in his professional background in the advertising industry, which was eventually combined with classic elements of Western Painting, modern graphic sensibilities and romanticism and magical realism of contemporary European muralists and street artists. His work is predominantly character-based and these creations explore the core values of human nature such as love, desire, seduction, and hate. Vasmou uses mixed media including collage, paint, photography and digital to convey the relationships between these portrayed characters. His work is very much driven by his state of mind and will reflect the mood of any given day.

Principal purpose of his artworks that include outdoor murals and large wallpapers, installations and studio work – such as paintings and Dadaist collages, is comparable to a culture-jammer, who tries to cast a snappy look at contemporary public communication, a glance that is most of the times enacted by the aesthetics and cognitive of advertising. For his collaborative installation series, the artist explores erroneous visuals and alternative thoughts, which mainly occur when seeing something from a different angle. Vasmou’s collective interventions commonly are found outdoors and generated by objects found in scrapyards or deserted factories. Vasmou also has traveled extensively throughout Europe, The Middle East and Asia producing large-scale outdoor works that exist amongst the constant bombardment of corporate commercials.

Alexandros’ work is most noticeable in his hometown, Athens, where he produced numerous pieces visible in different parts of the city. With his natural instinct for scale and composition he painted many pieces on doors, telephone boxes, hoardings and on the flanks of buildings up to 10 stories tall, generally making his home city a more attractive place to live.

This artist, equally capable of covering a 100ft wall with paint and tiles, erecting witty 3D tableaus from household objects and composing beautifully considered works on paper, was featured in many group and solo exhibitions, including many collaborations with other street artists.

Alexandros Vasmoulakis is currently living between Athens and London, where he is working as a freelancer. 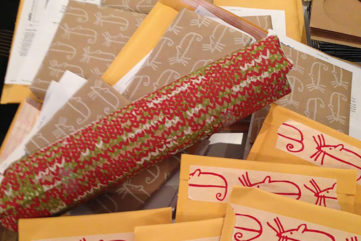 Still looking for Christmas presents? We have a street art solution for you. The Wooster Collective has a wide selection of books, prints and art that are sure to make your kids happy and send them down the path to becoming a graffiti artist. 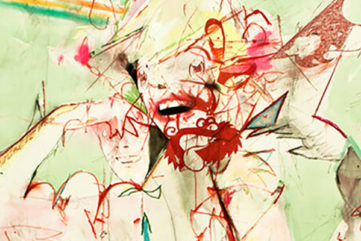