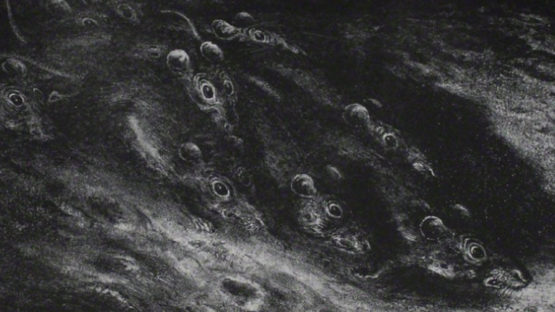 A. Paul Weber attended the Realschule in Arnstadt and then for a short time the Kunstgewerbeschule Erfurt. From 1908 to 1914 he was a member of the Jung-Wandervogel. This movement of bourgeois youth and young adults had been stimulated by the ideals of Romanticism, whose adherents fled into the countryside by hiking and natural life, in order to live more according to their own convictions. Thus, too, A. Paul Weber wandered through large parts of Germany, with his love for his fatherhood and his naturalness being aroused. During this period the first autodidactic experiments were carried out in the lithographic technique.