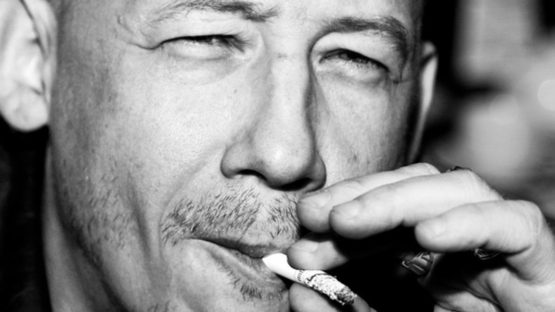 Andrei Sharov is a multidisciplinary Russian artist, known for his work in variety of disciplines – fashion design, theatrical work, paintings and drawings.

Sharov was born in Moscow in 1966, where he studied fashion design at the Moscow Institute of Technology. During this period he also studied painting and drawing privately at first, encouraged by his parents, and afterwards continued his studies of fine arts at the Moscow Institute. Since the mid-1980’s, he has been involved in painting and drawing in the studios of S. Shlykov and S. Selitsky. After spending nine years as a student, he ended up not receiving a diploma. On the other hand, at the moment he finished his studies, he already had had exhibits in Moscow, Kiev, London and Cologne, and he had worked with the Student Theater of Fashion.

Primary, Sharov is a couturier of great originality and flair. Like countless artists before him, he is enthralled by theatre and dance and is a celebrated designer of costumes and stage sets. In 1997, he was awarded the prestigious theater prize The Seagull for his costumes, designed for the play Dear Friend at the Mossovet Theater. During a period of almost 20 years, Sharov created more than 45 theatrical productions.

In addition, Sharov is also a painter of abstracted figurative forms, with subjects often based on portraits, still life, interiors, and combinations of these genres presented as an assemblage. Recognizable for his temperament personality, he makes expressionistic and dramatic paintings, filled with vibrant hues and contagious energy. His vivid, often high-contrast paintings can be rough, marked with richly textured, vibrant patterns that bear the burden of expression. In his watercolor works, the modulations of color are totally different in style, with gentle, monochromatic approach to each portrait or nude. The artist likes to re-work the same themes, reconfiguring them to explore other meanings in order to produce something ultimately unique. He constantly creates variations on his favorite themes, repeating, and simultaneously changing the still-life motif with pears, for example.

With an international repute, Sharov’s projects has taken him all around the world. The artist maintains a large studio in Moscow but also has one in Monaco and in other European art centers such as Paris and Amsterdam. Sharov, like artists he lists as an influence, such as Vrubel, Klimt and Basquiat, values spontaneity.  He does not use preliminary sketches and prefers to make his paintings in one session as one prolonged, continuous burst of energy, capturing the forces of the moment. He finds it invigorating to work in different studios, giving him fresh stimulus, where he creates without interruption, in complete privacy, so immersed that he often loses track of time.

Andrei Sharov is based in Moscow, where he creates his body of work.