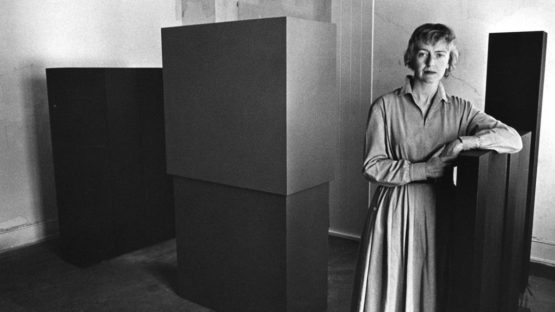 Anne Truitt, born Anne Dean, was a major American artist of the mid-20th century. Anne married James Truitt in 1948 (they divorced in 1969), and she became a full-time artist in the 1950s. She made what is considered her most important work in the early 1960s anticipating in many respects the work of minimalists like Donald Judd. She was unlike the minimalists in some significant ways.
Her work is in the permanent collections of many leading museums, including the National Gallery of Art, Washington, D.C.; The Metropolitan Museum of Art; the Whitney Museum of Art; and The Museum of Modern Art, New York.