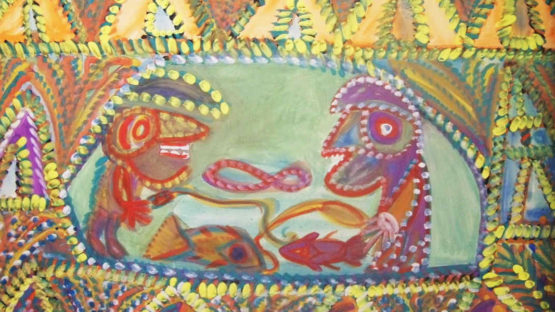 From his youth as a Catalan shepherd, Anselme Boix-Vives has retained the flamboyant memory of nature. He moved to France at the age of 18, where he practiced various trades before opening a fruit and vegetable trade in Moûtiers in 1926. In the mid-1950s, he began a utopian project that he would carry out all his life, a “plan of world peace,” a manifestation in support.