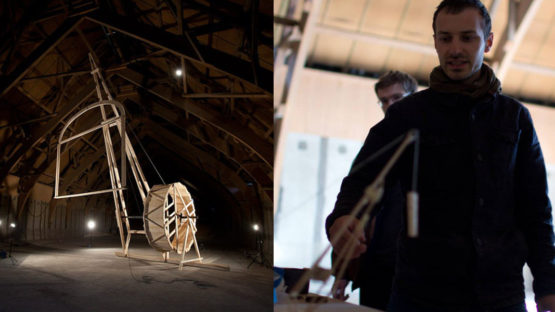 Anton Burdakov, born in 1982 in Kiev, Ukraine, is a multidisciplinary artist particularly interested in architectural environments and their influence on human relationships and lives. Through object-making and site-specific installations, his work explores transitions between spaces and states, focusing on the spatial dimensions of personal relationships and goals. Also, artist often takes photographs of installations he makes, and of the events around them. They are documentary and autobiographical but at the same time images which can exist independently.

Burdakov studied neuroscience at the University of Cambridge where he got his BA  in 2003, and completed his MA in Fine Art at the Royal College of Art, London, in 2013. He received grants from Alfred Toepfer Stiftung in 2013, and Bains Connective in 2011, among others. He often works collaboratively, curates exhibitions and shows his work internationally, in London, Berlin, Brussels, Copenhagen, to name a few.

Anton Burdakov currently lives and works between London and Berlin.