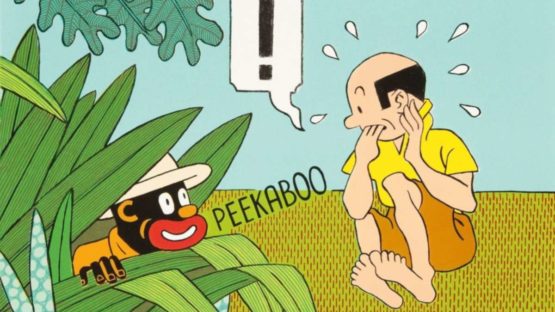 Anton Kannemeyer is a South African comics artist, who is also known under the pseudonym Joe Dog. Since the early 1990s, he actively produces critically charged and often very subversive comics by underlining the omnipresent racism and colonialism in the specific manner of dark humor. In 1992 together with Conrad Botes, Kannemeyer co-founded the satirical magazine Bitterkomix and was criticized for making use of offensive. This notable artist gained critical recognition after appropriating the famous comic character Tintin and making him into a white African, depicted either a white liberal or a racist white imperialist in Africa.