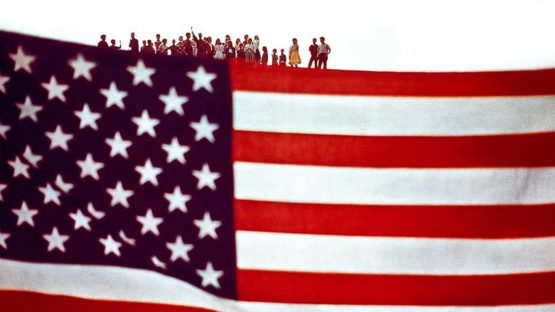 Art Kane became, at age 26, the art director for Seventeen magazine, one of the youngest art directors of a major publication. He began to explore his passion for photography, eventually studying under the legendary Alexey Brodovitch. In 1958, he got an assignment that would launch his career as a photographer, when he assembled 57 legendary jazz musicians, for Esquire magazine in 1958 in Harlem. Eventually the Esquire photograph would become the basis for a documentary, A Great Day in Harlem.

Featured image: Art Kane – We the People, 1961 – image courtesy of the artist