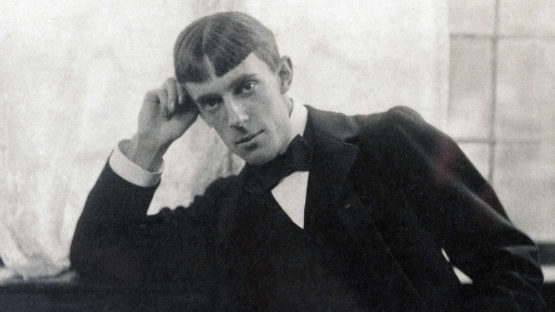 There are only two types of people. The first ones are shaped by the world they live in and follow the rules. Aubrey Beardsley was a British artist and a classical representative of the second kind. Misunderstood by the society he belonged to, he pursued his own ideas of art, stirring up a lot of controversies along the way. The fact that he had tuberculosis affected his life severely, limiting his abilities to create. Nevertheless, he was remembered as someone that changed the understanding of art, transforming it into something modern and shaping the foundations of a hugely popular Art Nouveau. Placed somewhere between Decadent and Aesthetic movements, his work was often described as disturbing, weird, and terrible.

Early Life and the Development of Subjects

In his quest for changing the world, Aubrey Beardsley was often slowed down by tuberculosis he’d contracted at the age of six. The disease defined his body, only allowing him to create when he was feeling well. His mind, inspiration and the will for life were also affected, and he even created a piece inspired by himself, titled Self-portrait in Bed, where he portrayed the bed swallowing the small child laying in it. He was born in a middle-class family, his father had to work in breweries and his mother taught piano, contributing to the budget. Beardsley himself was a musical prodigy from an early age and would often perform musical duets with his one-year-older sister, Mabel. Other than drawing caricatures, he had published his first poem before he was 14. After working shortly as a clerk for an insurance agency, in 1891, he and his sister went to the house of the famous illustrator and painter Sir Edward Burne-Jones and were denied admittance at first. The anecdote says the artist changed his mind seeing Mabel’s red hair. Soon after, Beardsley showed his portfolio to Burne-Jones, who was amazed by the youngster’s undeniable talent. He even recommended him to the Westminster School of Art, where Beardsley studied under Frederick Brown, who left a deep impression on the young artist, and even ended up as a subject in one of his artworks. Beardsley’s art possessed the decorative quality of Aesthetic movement and combined it with the Decadent movement and its macabre humor and pessimistic hedonism. Inspired by the work of William Morris and Henri de Toulouse-Lautrec, Beardsley’s work adopted some features of Art Nouveau, added some of his own, transforming and reshaping the movement. Some great artists, like Wassily Kandinsky, Pablo Picasso, and Charles Rennie Mackintosh drew inspiration from Beardsley, changing the world of art in their own way.

Beardsley inspired some of the world’s most popular artists

More than simple illustrations, Beardsley’s work manage to capture the mood of the text it accompanied, but also often creating a narrative of their own, not necessarily following the main story. Completely accepting the ideas of decadence, he constantly criticized the repressive concepts of consumerism, gender roles, and sexuality, dominant in the Victorian society. Borrowing different aspects from several movements, the artist modified them in order to suit his own needs for expression. His sinuous arabesque lines marked the visual transition from the Aesthetic movement to the modern Art Nouveau movement, while the death, decay, and eroticism shocked the viewers. In The Fat Woman, Beardsley is reminiscent of impressionists like Degas and Manet. The setting is the favorite haunt of artists and writers in London, the Café Royal. The interior is reflected in the mirror behind the woman, its relative detail contrasting with the abstracted forms of the rest of the picture. The woman herself is an appropriate representation of the figures featured in the pieces from this period – actresses, singers, dancers, woman of the night, and courtesans. In Design for the Frontispiece to John Davidson’s Plays, the piece doesn’t show a scene from one of Davidson’s plays but is instead depicts the caricatures of notable people of the day. The cloaked figure at the center is Sir Augustus Harris, the manager of Her Majesty’s theaters, Covent Garden, and Drury Lane, with corpulent Oscar Wilde assuming the role of Bacchus, and nude woman being no other than Mabel, Beardsley’s sister. The title of La Dame aux Camelias refers to Dumas’ novel, which tells the tragic story of a courtesan who sacrificed herself for her lover. Like many of Beardsley’s drawings of this period, the picture is highly stylized. The leitmotif of a woman admiring herself in a mirror can also be seen in the work of Dante Gabriel Rossetti and Edgar Degas, who devoted much of his later career to pictures of women at their toilet.

In his works, Aubrey Beardsley managed to capture the mood of the text they accompanied, but also to create his own narrative

A majority of his works were either published by magazines or included in books, as illustrations following the narrative of the story. Publisher Joseph Dent offered young Beardsley to illustrate Le Morte D’Arthur, a masterpiece written in 1893 by Sir Thomas Malory. The artist managed to produce more than 300 illustrations in a short amount of time, where the complex compositions and classical poses, flat two-dimensionality, decorative patterning, and erotica of Japanese Ukiyo-ye prints were blended with a fixation on decay and death typical of Decadent. These artworks made Beardsley famous and also introduced him to Oscar Wilde, another controversial figure of that era. In addition to creating book illustrations, the artist extended his work to magazines and designing posters. He created a poster for the play A Comedy with Sighs in 1894, and it represented a revolution in the understanding of the relationship between art and advertising. Beardsley worked briefly as art editor of the magazine The Yellow Book, which was a mockery of the constant censorship of sex in literature and art by the Victorian society. The press did all it could to brand the magazine as insolent and repulsive, and it would still sell out. Due to his relationship with the rebellious Oscar Wilde, Beardsley was fired from The Yellow Book in 1895 by its publisher, John Lane. The artist was soon approached by Leonard Smithers, a famous distributor of erotica, and the two of them founded The Savoy in 1896. He also wanted Beardsley to illustrate The Rape of the Lock, written by Alexander Pope in 1896. Sadly, the artist’s disease returned later that year, followed with the violent hemorrhaging, often making him too weak to create. The pieces he did manage to finish were intricate and beautifully elegant. The delicately rendered details and gray variations replaced the blank spaces and jet-black swats, and this new style was quite pornographic, where motifs like a phallus, female masturbation, and sexuality became dominant.

The Yellow book wasn’t even printed monthly, but rather quarterly, and it still managed to provoke the society

Art Erotica and the Critique of Victorian Society

Aubrey Beardsley was definitely not at home in the Victorian society in which he lived. It simply wasn’t his time. Most of the people around him were disgusted and disturbed by his work. Even though his images for books and magazines were seen by few people, his haunting and erotic drawings have been quite well known for eve a century, being revived on more occasions, most notably in the 1960’s when Beatles made their film The Yellow Submarine, which featured Peter Marx’s cartoons. The prudish Victorian society, so very polite and afraid of any kind of drastic change, was the perfect target for Beardsley’s understanding of art. His tendencies towards themes of decadence and aesthetic movement shaped his earlier illustrations, while his later ones were even more pornographic and explicit. Using the subjects from Bible (which was forbidden at the time), but also from history, classical literature, and his own personal experiences, Beardsley further provoked the society he was forced to be a part of. That exact society and its questionable values were under continuous attacks from the artist, projected through his art. His art was provocative and made people think and re-evaluate their own views on the world.

As mentioned above, after illustrating the Le Morte D’Arthur, Beardsley was introduced to Oscar Wilde, another controversial figure of that time. The writer’s decadent lifestyle and homosexuality were shocking to the clean Victorian society. Shortly after meeting the author, Beardsley began the illustration process for the Wilde’s Salomé. The erotic, deformed, and ghoulish figures, candles shaped like phalluses, blood-drinking flowers, and femme fatale. Many of the pictures were seemingly drifting away from the main narrative, forming a parallel story of their own. Wilde was originally pleased with the illustrations, but, as he fully grasped their beauty, became worried that they could outshine his words. So he started criticizing Beardsley’s work, emphasizing the Japanese aesthetic he deemed was contrary to the Salomé’s Byzantine character. The artist was deeply offended by these critiques and went on the ridicule Wilde in some of his artworks. The play didn’t appall the society and some publications described Beardsley’s work as terrible and weird, suggestive of wickedness and horror. Wilde was eventually arrested and charged with sodomy and indecency, and this diminished Beardsley’s position at The Yellow Book, culminating in him getting fired. With a mind of a true pervert, the artist began to enjoy in his newly formed notoriety and moved into the suite in Geneux’s Private Hotel, the very same that has been named in Wilde’s public scandal of libel trials in 1895.

Facing imminent death due to the increasingly deteriorating health, Beardsley attempted to finish illustrations for Ben Johnson’s Volpone and Theophile Gautier‘s Madame Maupin. Following the change of heart in 1896 and accepting the Catholicism, the artist had the idea of leaving behind truly worthy and beautiful legacy. When his health finally deteriorated to an extreme low, Beardsley moved to the French Riviera in 1896, where he passed away two years later. His final collaboration with Smithers resulted in the creation of Beardsley’s own book Under the Hill, for which he designed the illustrations as well as wrote the text. Sadly, he died before getting a chance to finish the book, which was published by Smithers in 1907, almost a decade after the artist’s premature death. The possibility of a long life was never present in Beardsley’s thoughts. And yet, he successfully overcame such a heavy burden and created an oeuvre that would inspire many great artists to come, and eventually change the entire artistic world.