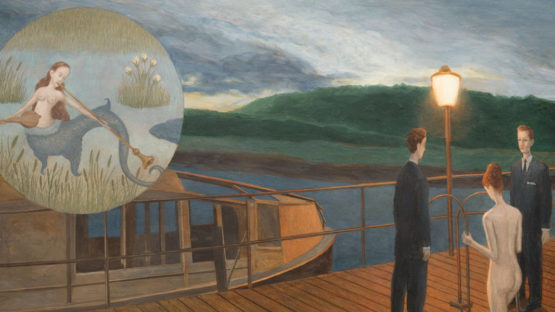 Axel Krause is associated with the New Leipzig School and lives and works in Leipzig. He studied at the Hochschule für Grafik und Buchkunst Leipzig in 1981–1986.[1] He taught at the school in 1989–1999 and worked for the Leipzig Opera in 1990–1993. He paints with acrylic and oil. Typical for the New Leipzig School, Krause paints figurative subjects with mysterious and surreal elements and uses collage techniques. His interiors, landscapes and atmospheric scenes have been compared to American realists such as Edward Hopper.