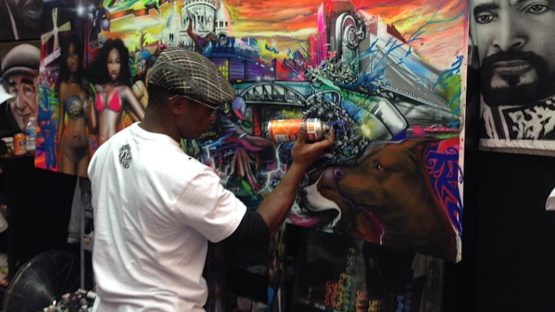 Banga is a French graffiti artist born in Guadeloupe in 1970. Former Break Dancer, Banga made his first tag in the early 80s. In 1986 he joined the group of TRP (The Regenate Painters), and the TKC (The Cool Chilling) in 1990. In 1992, he created his own “Basalt” association which aims at transmitting graffiti art to the new generation.
He lives and works in Paris.