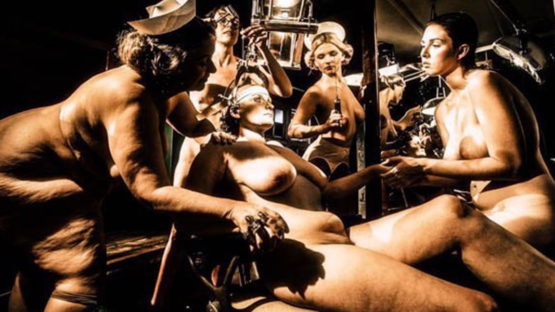 Photography became an essential tool for humanity the moment it captured its first representation of history. Over time, many saw the artistic part of such portrayals as they encapsulate beauty, distress, pain, love, the essence of humanity, in addition to the moment in time. Although photographs are able to seize the pure honesty of the moment, in order to be conveyed, necessity often dictates spontaneity of both the subject and environment. Working to break this conceived bond, Ben Skinner evokes feelings you wouldn’t normally reach for when viewing certain imagery by meddling with and predetermining certain aspects of the photograph.

Having been enticed by photography at an early age and with a formal education in the field, the job of a photojournalist he acquired in his youth days didn’t fit Skinner for very long. The defined frames of photojournalism, although a noble craft in its own right, wasn’t quite getting across what Skinner was trying to convey. After making a break from such work, he decided to embark on a more personal quest and take up photography as a form of artistic expression, capturing scenes as he saw fit. Moving his practice in a completely new direction, he chose to manipulate the set of the photograph in order to deliver certain emotions to the viewer, basing his whole work on the duality between what the mind is telling you that you should feel and what you actually feel. Distinct in that regard, the artist shows us how what we visually perceive can differ profoundly from the reality, whether it refers to an exterior scene or our own selves.

Embarking on a personal quest, Skinner took up photography as a form of artistic expression

The Comfort of Grotesque

In order to cause the duality of emotion in the viewer, Skinner laces a fine mix of grotesque and comfort in each of his photographs. There is a ubiquitous feeling that the elements of the narrative simply do not belong together, and the artist skillfully uses obscenity as a trigger for the sense of belonging in the viewer; though nudity does provide a certain fleeting comfort within the grotesque scenery, the fact that it is there pushes the scales of emotional imbalance even further, keeping both the mind and the eye on the edge. Building up to the single moment of the photograph can sometimes take more than six actual months, as the artist not only prepares the set to its details but gets to know his subjects as well, creating a relationship that might end up influencing the final piece.

Compiled to work and create, Ben Skinner tends to keep several different projects active at any given time, producing visually stunning pieces over a prolonged period. Gripping both the heart and the eye, each of his works swallows the attention and takes the viewer on a rollercoaster of emotion, interchanging between opulent and grotesque on multiple levels. With several solo and group shows already behind him, it is but a question of time before this list takes on a much bigger scale.