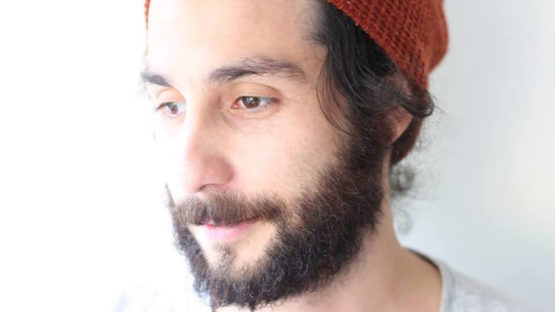 Lines needn’t be straight, avoid the unnecessary precision as there is no point in seeking perfection. Instead, allow your subconscious to emerge and play with the memories, to alter the images seen in magazines and pictures of your favorite artists, and then you can finally understand the work of Benjamin Garcia, a young Venezuelan artist, whose paintings are done in a visual language that reminds of surrealism, but possesses a level of darkness as well. Human imagination is endless, corrupted only by the experiences and influences of the life itself, as the Garcia’s work takes the viewers into the world, somewhat familiar, but still under the control of the artist himself.

His visual language is surreal and dark at the same time

His previous work in 2D and 3D animation, as well as the pop art, but also the movies and the comics, all have ‘scared’ Garcia and have led to his recognizable style. The great illustrators Moebius and Bill Sienkiewicz have inspired his illustrations in the beginning before he moved on to the painting, discovering Jenny Saville, Kent Williams, and even the work of Lucian Freud. So, today, Garcia is focused on portraits, with his visual language being both dark and surreal at the same time. This language of pictorial violence emerged from all the experimentation he’s done, which included illustrations and animations, and eventually, the artist created a recognizable combination of chaos and structured composition.

Garcia was born in Caracas, where he graduated from Instituto de diseno de Caracas, majoring Design and Illustration, in 2010. His connection and decision to paint human figure came from the fusion of media, where both digital and traditional illustration are inspirationally combined with other media, such as animation, comic, and film, all of them telling stories in a coherent way, more or less. The artworks are blurred to a certain level, and that is the artist’s way of bringing together the unconscious and conscious. In his dreams, the attention could never be focused on more than just one detail, and often everything’s all fuzzy, so he projects those feelings and observations onto the canvas.

Mix the Unconscious With the Conscious

‘’My greatest satisfaction as a painter is when I feel the painting is brought to fulfillment.’’ Benjamin considers himself a full-time painter, but his dedication to art is far greater than simply occupational. He is on a quest of creating new worlds by mixing the unconscious with the conscious, expressing what lies deeply within himself and adding his conscious thoughts and memories to the process. The visual result is captivating and slightly disturbing, but satisfying on both primal and conscious level.

He is represented by Abend Gallery in Denver, USA.

Benjamin Garcia is based in Miami Beach, Florida.

Featured image: portrait of the artist.

All images, including the featured – copyright © Benjamin Garcia.