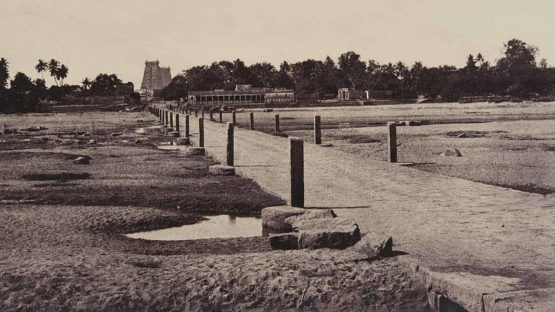 Linnaeus Tripe was born in Plymouth Dock (now Devonport), Devon, to Mary (1786–1842) and Cornelius (1785–1860). He was the ninth of twelve children. He joined the East India Company army in 1838, and in 1840, became a lieutenant based in the south of India. He returned to England in 1850, on a leave that was extended due to ill health until 1854. During this time he began to experiment with photography.