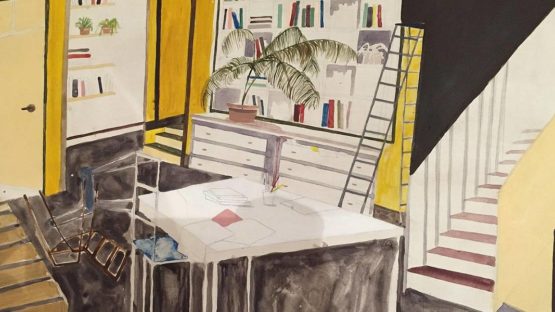 The painting by Charlotte Keates

The artist’s biggest source of inspiration are 1960’s and 1970’s classical architectural interiors, as well as the outdoors. She takes a beautiful location or setting and makes it the base of the painting, intertwined with the interior. Her narratives are sometimes ambiguous, and leave the viewer the opportunity to unfold the story, using their own imagination and experiences. The works often feature sea, swimming pools and birch trees.

Charlotte went to Falmouth University, a multi-arts university located in Falmouth and Penryn, Cornwall, where she earned her Bachelor degree in Fine Art.

She is represented by Arusha Gallery from Edinburgh, United Kingdom.