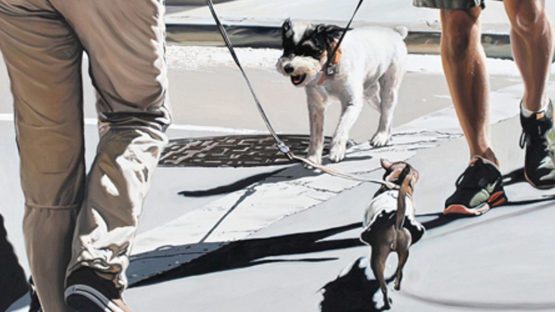 Cho Won Kang is a Korean artist known for his Relationship series of paintings that feature dogs and their owners but whose heads are cropped.