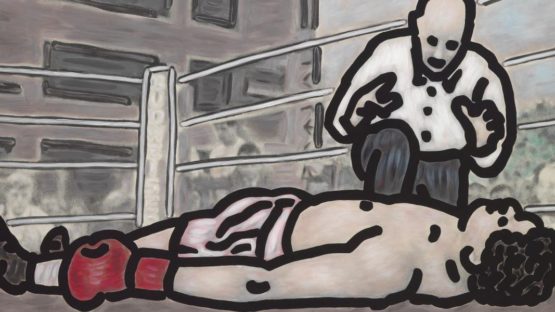 Claus Otto Paeffgen is a German painter and sculptor well known for his outlined photographs and newspaper clippings, to which he sometimes adds ironical comments, as well everyday objects wrapped with wire. In the 1990s, he started to create numerous series of paintings, including those on fruit boxes, as well as multiples.