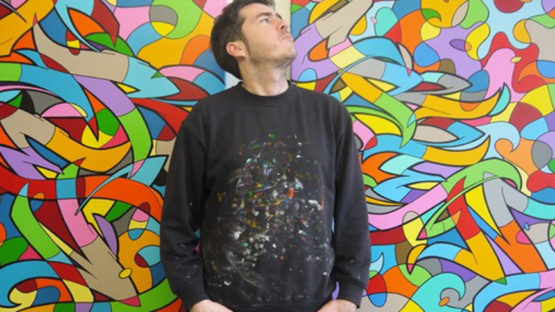 Michel «Cren» Pietsch , born half German half French in Lehrte near Hannover (Germany) in April 1970. He came to the hip hop culture by many train travels to France in the mid-eighties. His roots lay in the department du Nord 59 in France and Lower Saxony in Germany.

He starts first artistic moves in the Year 1989. And since then painted in more than 13 countries on three continents

His artistic works are based on urban calligraphic graffiti-related roots and abstracts. As one of the most important columns of our communication the letter transports our information every day. The transformation of a classic lettering into an abstract form.

The sharp and well-defined and clean structure of a letter follows proportional rules. This in contradiction to free experimental & expressionist elements build up the contrast he completes his work with

He works and lives in Berlin.