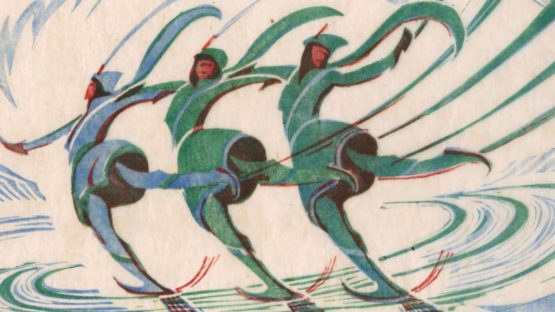 Cyril Edward Power was a British architect, painter, etcher, color linocut and monotype artist, born in 1872 in London, UK. He is best known for his lively linocuts depicting the speed, movement and flow of modern urban London in the 1920’s and 30’s, his artistic partnership with English-Canadian artist Sybil Andrews, and for co-founding The Grosvenor School of Modern Art in London in 1925.