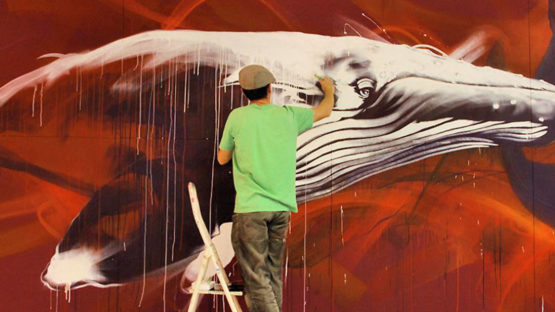 Daniel Bussiere aka Dan23 is a street artist born in 1972 in Szczecin, Poland. Inspired by street art and the legends of music and culture Dan23 is earning the respect of the urban art world.  Instead of painting with a collection of spray cans, he uses traditional means to create pieces that rest on walls flanked by graffiti.

After spending several years painting musical artists with watercolors, Dan23 opened in 2006 his own gallery in Strasbourg. His first steps as a solo performer making live-paintings then appeared to be more on concerts and music festival stages throughout the world than in his own gallery. In 2013, he decides to quit the stages in order to get more involved into the streets and the urban environment, painting bright portraits, each of them dedicated to a particular song and representing all the significant encounters he made in his life. The “Tour Paris 13” project in which he got involved, eventually gave him the recognition. Finally, the street-art gallery Mathgoth in Paris offers him the opportunity to make a solo-performance in 2014.

He currently lives and works in Strasbourg, France. 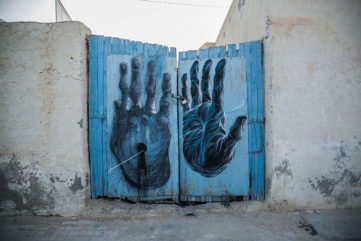 Over the course of July, 34 international street artists have created 94 mural interventions around the walls of the Tunisian village of Erriadh, as a part of the Djerbahood project, with hundreds more to come. 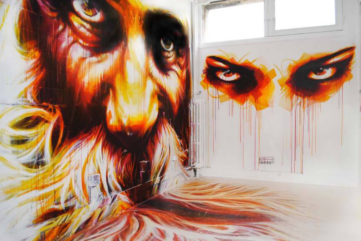 DAN23 is a street art artist from Strasbourg with a strong focus on portraits. I’ve worked for this exhibition for twenty years. It is a part of my life,” says DAN23. Part of his life will be exhibited at Galerie Mathgoth in Paris.