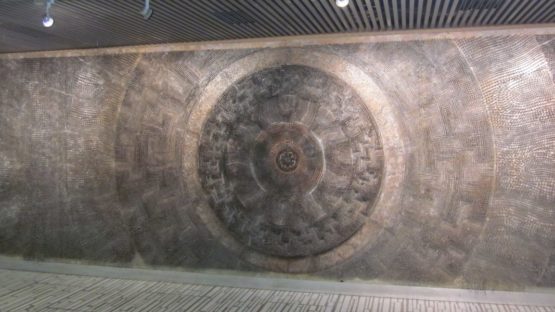 David Gerry Partridge was a Canadian artist, known for his unique sculpture technique using nails. He was born in 1919 in Akron, Ohio, USA.
His murals of nails, created with a technique he called “Naillies,” adorn public buildings such as Toronto City Hall, Ottawa’s Capital Congress Centre and York University’s Scott Library.