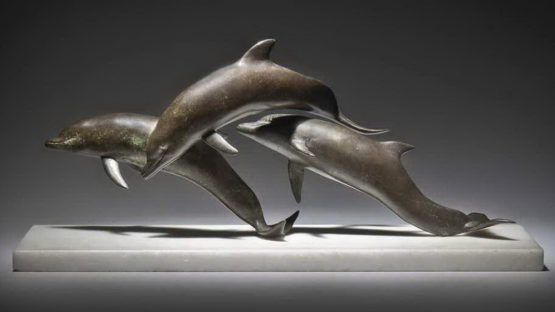 David Wynne was born in Lyndhurst, Hampshire, son of Commander Charles Edward Wynne and Millicent, he was educated at Stowe School and then served in the Royal Navy during World War II and read Zoology at Trinity College, Cambridge, taking up sculpture professionally in 1950. He married Gillian Grant, daughter of the writer Joan Grant, in 1959 and had two sons, Ed and Roly Wynne of Ozric Tentacles.