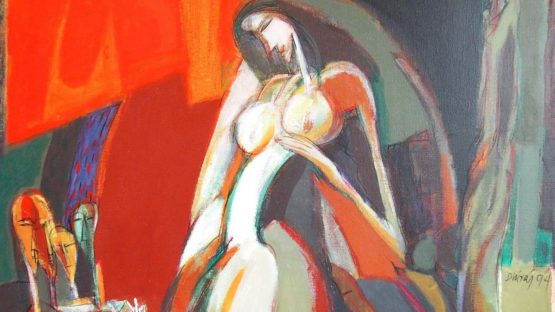 Dhiraj Choudhury was an Indian politically and socially motivated artist, who often expressed his protests against like dowry system, corruption and social inequalities.