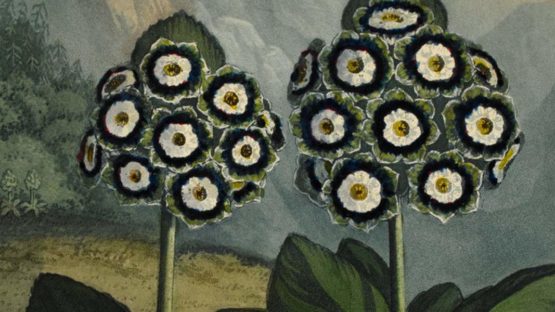 Robert John Thornton was an English physician and botanical writer, best known for The Temple of Flora – the third and final part of New illustration of the sexual system of Carolus von Linnaeus, considered by many to be the greatest of all flower books. It consists of a series of sumptuous depictions of flowers notable for their epic and unusual settings. Although Dr. Robert Thornton was not primarily an artist, he was the visionary and driving force behind its creation. To produce it, he employed a coterie of the finest British artists and engravers of his day.