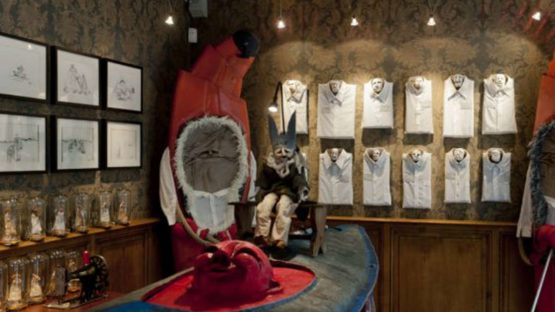 Michel Laubu, creator and artistic director of Turak since 1985, and Emili Hufnagel, co-director of the company for more than 15 years. Michel Laubu presents his theatre in France and abroad (Indonésie, Russie, Syrie, Norvège…). He worked at Volcan, national stage of Havre, at Bateau Feu, national stage of Dunkerque, at Subsistances in Lyon… In short terms, he brings in France and abroad this strange theatre, poetic and visual. The company had its 30th birthday in 2015.

Emili Hufnagel, accomplice of Michel Laubu, co-writes the projects with him. She is also a comedian in all the shows of Turak.

Turak is a Theater of Objects and Puppets company, that develops a visual theatre «all ground compatible» fed by diverted objects, by old or imaginary mythologies, by languages in multiple and invented accents. Known for its research work around the object, Turak mixes the puppet forms, the gestural theatre and the plastic exploration. This tinkered poetry could be situated in the crossroads of the dance, the gestural theatre and the plastic arts.

The artistic approach of Turak lays on a game with the used object. Imaginary past, born from «the used of the object», memory and marks of an invented civilization, it is from this fictitious archaeology that shows and exhibitions are created. The shows written and staged by Michel Laubu address a very wide public. Every image having several levels of reading, the doors of access are not lacking. It is a writing in strata, with «theatre in all the floors».