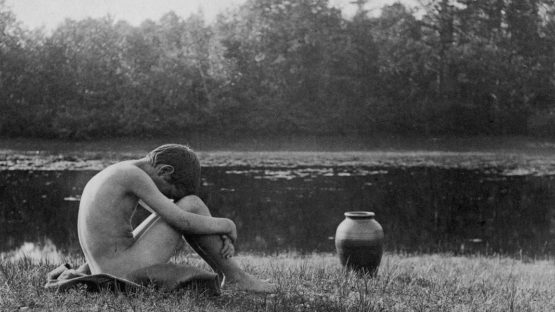 At the turn of the century, the influence of Fred Holland Day and reputation as a photographer rivaled that of Alfred Stieglitz, who later eclipsed him. The high point of Day’s photographic career was probably his organization of an exhibition of photographs at the Royal Photographic Society in 1900. New School of American Photography presented 375 photographs by 42 photographers, 103 of them by Day, and evoked both high praise and vitriolic scorn from critics.