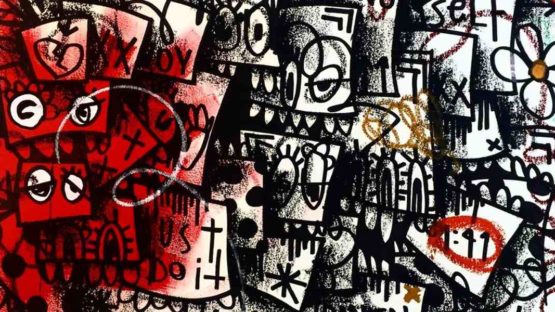 Christopher Florentino, better known as Flore, is an American artist whose work is inspired by the late Keith Haring, Jean-Michel Basquiat, and George Condo.

Featured image: Flore – detail of an artwork – photo credits of the artist