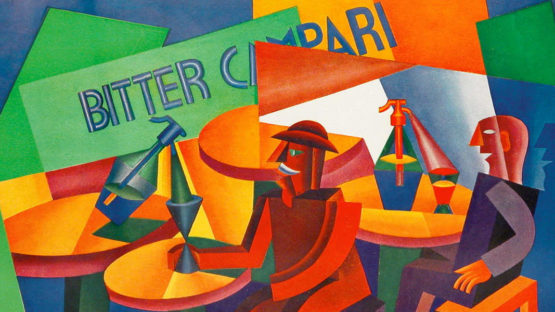 In 1919 Depero founded the “Casa d’Arte Futurista” (House of Futurist Art) in Rovereto, which specialised in producing toys, tapestries and furniture in the futurist style. In 1925 he represented the futurists at the Exposition Internationale des Arts Décoratifs et Industriels Modernes (International Exposition of Modern Industrial and Decorative Arts). In 1927 he created for the publisher Dinamo-Azari of Milan one of his most famous objects–the so-called “bolted book” entitled Depero futurista to celebrate the fourteenth anniversary of Futurism.