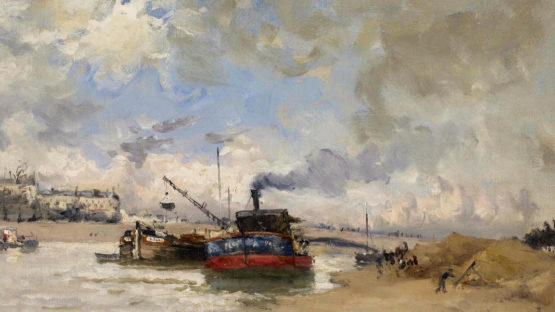 Frank Boggs was a master of cloudy skies in landscape paintings, but was more strongly attracted to the soft light of misty mornings and rainy afternoons than the brilliant sunlight of his Impressionist peers. Contemporary American critics tended to view Boggs as an Impressionist, especially when he exhibited in New York early in his career.