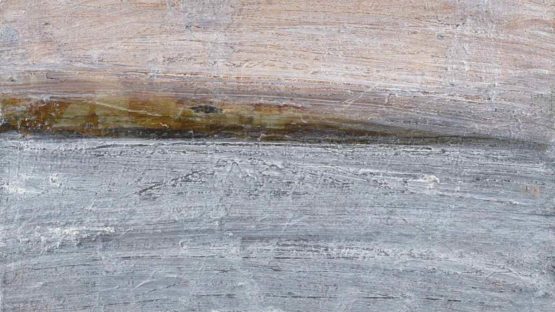 An Abstract Expressionist painter, Frank Wimberley is celebrated for his dynamic, multi-layered, and sophisticated paintings created over a career spanning more than fifty years.

Growing up in the New Jersey suburbs, Wimberley was equally drawn to art and music. After the WWII, he entered Howard University, Washington, D.C., where he studied painting with three of the most influential African-American artists of the mid-twentieth century – James Amos Porter, James Lesesne Wells, and Loïs Mailou Jones. During his college years, he also got immersed in jazz, which led to long friendships with legendary musicians like Miles Davis, Ron Carter, and Wayne Shorter. Jazz remained an important part of his life, leading to an improvisational method in painting.

Wimberley described his work as a “controlled accident”, applying his paints shade by shade, brushstroke by brushstroke to arrive at a composition of overwhelming color, endless depth, size, and palpable texture. Evoking jazz, his paintings are comprised of different planes of movement, texture and color. Often large in scale, his canvases always demand an emotional response from the viewer.