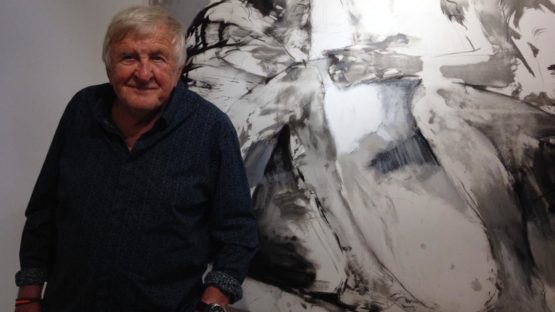 Franta is an artist known for his striking canvas works that explore the relationship between different human beings. The artist employs his recognizable subjective approach that favors expression rather than representation to create striking images of human physics. His artworks have a unique ability to connect with the viewers thus leading them down the road of self-reflection and self-awareness. Though he’s known for his early figurative and later disfiguration paintings, Franta is equally skillful in the media of sculpture while transferring his unique expressive aesthetic to the three-dimensional artworks.

Franta was born in 1930 in Trébic, Tchécoslovaquie now the Czech Republic. The artist started his career in School of Decorative Arts in Brno (Moravia), after which he enrolled in Academy of Fine Arts in Prague where the teaching refocused on the academic purity of drawing the nude figure. In the year of 1958, the artist ran away from the country then ruled by Soviets to the capitalistic West where he reunited with the women he fell in love with on his trip to Perugia. After spending some time in the refugee camp in Germany the artist and his future wife, Jacqueline finally settled in Nice in France. Though finally safe and sound the artist never stopped exploring the topics of suffering and exile that remained recurrent motifs in his art.

A decade later the artist made a shift in his work as his propensity to figuration was replaced with disfiguration while the main subject matter of his art remained the same. The focus in Franta’s work is not the representation but the expression, not the appearance but the feeling. By continuously exploring the relationship between one human being to another and the pain that connects all people on earth, the artist powerfully portrays the very essence of the human kind shared by all its members. Franta’s work was inspired by the numerous travels the artist went trough. His desire and profound need to learn about others lead him to discover countries as diverse as Yugoslavia, Japan, Denmark, Mexico, Spain, and Greece.

Pieces by Franta are known to reach high auction prices

In the 1980 Franta’s trip to Africa resulted in several series of paintings and a sculpture series that explore the physics and the differences between the population of Northern, Middle Eastern and Sub-Saharan Africa. His figurative Indian ink drawings and depictions of the African tribe of Masai are incredibly beautiful in their simplicity. Their dusty skin comes to the foreground as they stand, dance, squat and embrace. Through portraying the suffering of others the artist also expresses his own pain and externalizes his inherent relationship with the word and reaches a new level of self-awareness. Works by Franta were on view at Museum Kampa The Jan and Meda Mládek Foundation, Prague, and Centre d’Art Contemporain, Bignan and his art pieces are known to carry high price tags at auctions.

Franta is represented by Galerie 22.

The artist lives and works in Nice, France.