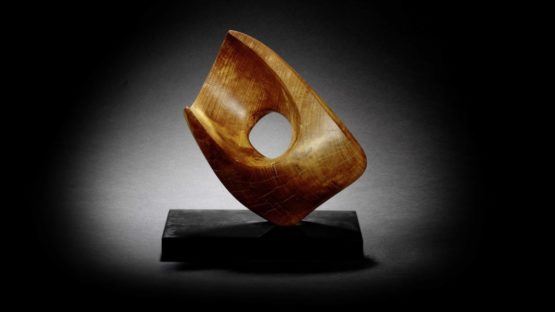 Frederick Eedward McWilliam was a British surrealist sculptor, born in Banbridge, County Down. He worked chiefly in stone, wood and bronze. He studied for a time at the Slade School of Fine Art in London, where he later ended up teaching. During the first year of the Second World War he joined the Royal Air Force and was stationed in England where he was engaged in interpreting aerial reconnaissance photographs. McWilliam exhibited at Waddington Galleries, London, and had a major retrospective show at the Tate Gallery in 1989. In 1964 he was awarded an Honorary D.Litt. from the Queen’s University Belfast. In 1966 he was awarded a C.B.E. and in 1971 he won the Oireachtas Gold Medal. McWilliam is represented in many public collections, including MOMA (New York) and Tate Britain.