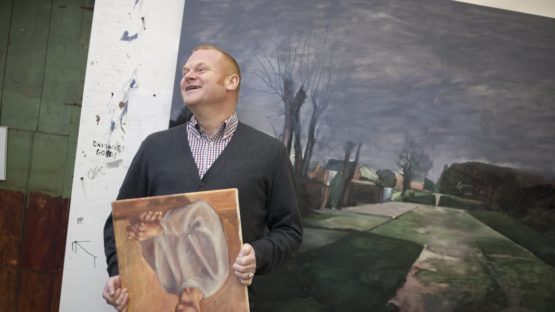 George Shaw is an English contemporary artist who is noted for his suburban subject matter. He was nominated for the Turner Prize in 2011. Shaw studied art at Sheffield Polytechnic and received a BA in 1989. In 1998, he completed an MA in painting from London’s Royal College of Art. His favoured medium is Humbrol enamel paints, which lend his work a unique appearance as they are more commonly used to paint Airfix models.