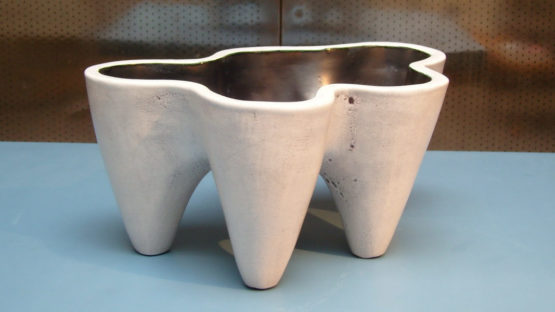 Georges Jouve is an important ceramist of the 20th century. He was born in 1910 in Fontenay-sous-Bois and his parents were both decorators. At 17 years old, Jouve enrolled at the prestigious Ecole Boulle in Paris where he received theoretical instruction in Art History in addition to his technical studies as a sculptor.