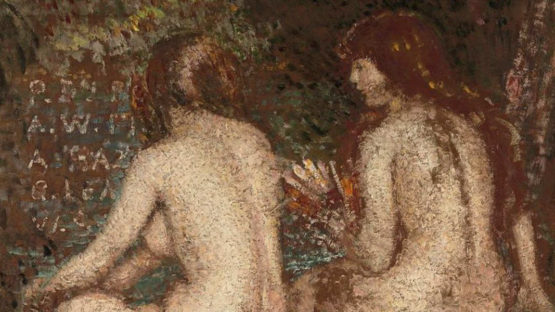 Georges Lemmen was the son of an architect and studied under Amedee Bourson at the academy in St Joost-ten-Node. He was invited in 1889 to join the Cercle des XX group in Belgium and was a vital member of les XX (the Twenty) which had been launched in 1884 by Oscar Maus. The Cercle dex XX was reborn in 1894 as La Libre Esthetique. He worked with luminaries of the time such as Gustave de Smet and his brother Leon.