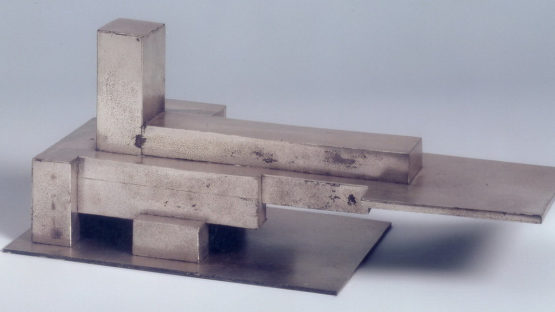 Georges Vantongerloo studied Fine Art at the Fine Art Academies in Antwerp and Brussels from 1905 to 1909 . Conscripted into World War I, he was wounded in a gas attack and discharged from the army in 1914. During 1916 he met Theo van Doesburg and the following year he was a co-signator of the first manifesto of the De Stijl group. Vantongerloo moved to Paris in 1927 and began a correspondence with the Belgian Prime Minister, Henri Jaspar in relation to the design of a bridge over the Scheldt at Antwerp. In 1930 he joined the Cercle et Carré group in Paris and a year later he was a founding member of Abstraction-Création.