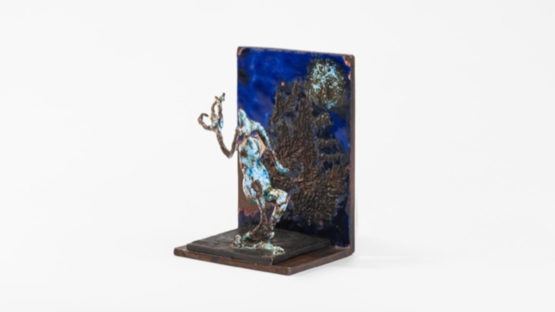 Germaine Richier was born in Grans, Bouches-du-Rhône, France, on September 16, 1902. Her first solo show was held at the Galerie Max Kaganovitch in 1934. Richier’s early work was fantastic, combining classical forms with human-animal hybrids and depicting creatures such as the spider and the hydra. Her style became less figurative after World War II; the bodily deformations which she favored as subjects were more accentuated in an attempt to convey a greater sense of anguish.