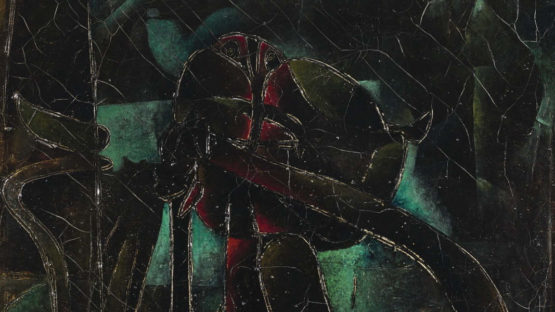 Gianni Dova was born in Rome on 8 January 1925 by Edmondo Dova, a Roman of adoption, but of Piedmont origin and Maria Rauchensteiner from Munich. At the age of 16 he moved to Milan with his family, and from 1942 he attended the Brera Art High School with the intention of moving to the Faculty of Architecture of the Polytechnic. But the war changed its designs, met and attended artists who met in literary cafes and had among others the reference point for the newspaper published by Ernesto Treccani, Current.