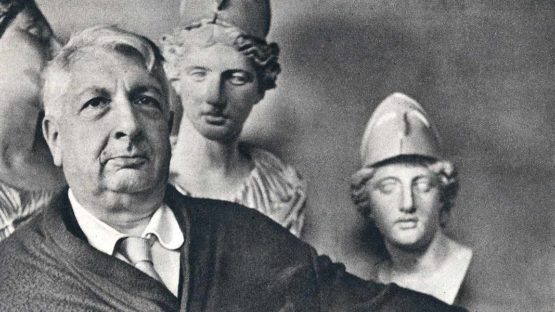 Giorgio de Chirico, born in 1888 in Greece, was an Italian artist, best known for his enigmatic paintings of the 1910s and ’20s. In the years before World War I, he founded the scuola metafisica art movement, which profoundly influenced the surrealists. After 1919, he became interested in traditional painting techniques, and worked in a neoclassical or neo-Baroque style, while frequently revisiting the metaphysical themes of his earlier work.