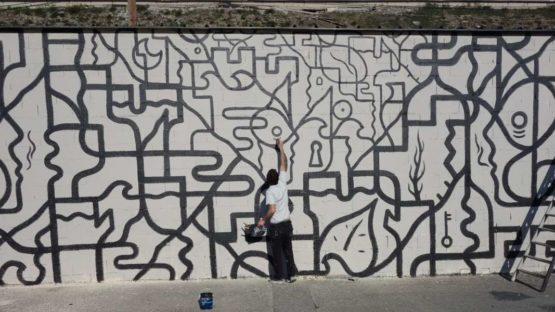 Damien Mauro, better known as GoddoG, is a self-taught French street artist who began his career as a teenager in his hometown of Avignon.