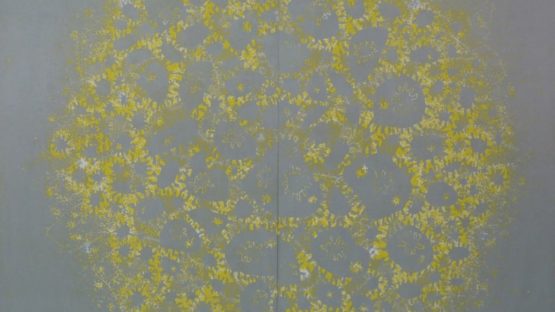 Gunter Damisch is an Austrian painter who is recognized as a proponent of the 1980s Neue Wilde (Wild Youth) movement in his native country, a response to the German Junge Wilde. This artist expressed himself through other media as well, but he remained most loyal to painterly explorations with colors, space, and inner relations. As a matter of fact, the cosmos in the canvases of Gunter Damisch is based on discrepancies between the big and the small, the macro and the microcosmos, the organic natural forms; his pictorial world is saturated with motifs from a highly individual iconography such as monocellular creatures with unfurling tentacles, crystalline growth forms, and starry sky with its black holes.