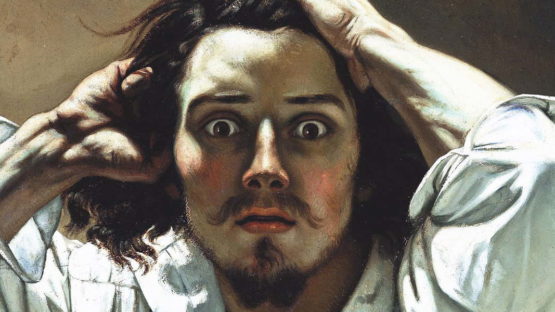 Shocking the audience with his works that depicted people in ordinary settings, French painter Gustave Courbet was the leader of the Realist movement in 19th century. Addressing the social issues using the unsentimental way of representation, his work was controversial and revealed his pursuit for truth with the aim to erase social differences. He rejected Classical and Romantic treatment of his predecessors challenging the academic ideas of painting. Instead of smooth lines and soft forms, Courbet used more aggressive brush strokes and roughness of painted surfaces, observing the subject directly from life. He questioned the position and working conditions of the poor peasants, as well as the rural bourgeoisie, revealing the objective problems of their everyday life.

In Pursuit of personal Style

Growing up in a family with anti-monarchical convictions, with a grandfather who had participated in the French Revolution, was provoked his involvement with the Paris Commune which is why he spent the last years of his life in exile in Switzerland. Courbet showed his talent for art at his early age. When he was 14, he began taking lessons in painting with the local artist. Unsatisfied with his mediocre teacher, he decided to pursue his passion and use his evident artistic potential by moving to Paris at the age of 21. Supported by his father in his wish to be a painter, Courbet entered the artistic world freed from financial worries, entirely devoting himself to the art. He avoided visiting studios of academic painters, spending time in Louvre, copying paintings by Caravaggio, Velazquez and Rubens. Of the crucial importance was his trip to Netherlands, where he, after seeing the works of Rembrandt, Hals and other Dutch masters, convinced himself that painter should portray only the life around him. Among his contemporaries, he admired to Gericault and Delacroix, two masters of Romanticism.

His first works, like Odalisque and Lelia, were relied on literature, but he soon abandoned those influences, deciding to base his painting on observed reality. In the early 1840’s, he created a couple of self-portraits, essentially Romantic, as Desperate Man or Man with the Pipe. The Paris Salon rejected some of these paintings, but he triumphed with his The Stonebreakers, the Peasants of Flagey and A Burial at Ornans (1851). The last one is 20 feet long masterwork which represents the portraits of middle-class citizens gathered at the graveyard in the French province. For sophisticated Parisians, depictions like this were unacceptable and the Salon audience called his figures ugly and vulgar. Still, this exhibition represents the win of his principles, making Courbet the famous artist. The other important painting, The Stonebreakers, was destroyed during the bombing of Dresden in the World War II. Created two years before The Burial at Ornans, it was a personification of the peasant world. Depicting two workers, one too young and the other too old for the hard work, Courbet showed his disgust for the upper class.

He abandoned literary influences, deciding to base his painting on observed reality

The Manifesto Painting and Provoking the Critics

The Painter’s Studio: A Real Allegory Summing Up a Seven-Year Phase of My Artistic Life (1854-55), the large autobiographical work, represents his manifesto painting. In the middle is the artist himself, surrounded by his friends and fellow workers on the one side and people from everyday life on the other. Among the right group, we can recognize the art collector Alfred Bruyas, philosopher Proudhon and Baudelaire. In this allegory painting, each figure has a different meaning. When he was faced with the rejection of this work for the 1855 Exposition Universelle, Courbet made his own Pavilion of Realism, outside the official event, showing his 40 paintings from the last 15 years of his career. Hi was a role model for a new generation of painters who discarded traditional schools, considering them as obstacle for their artistic inspiration and freedom of expression. The 1860’s were the productive period for Courbet. He continued to provoke, painting a series of erotic works which culminated with The Origin of the World and The Sleepers (1866). Exposing the female genitalia and nude women in the inappropriate position in bed, he shocked the audience, but still was praised by some critics.

Genius, Socialist and a Savage

Courbet worked in all genres. He celebrated female beauty in nude paintings that conveyed the impression of warmth and sensuality, he glorified the landscapes of his homeland, immortalizing them by his vision. He was a passionate patriot. His republican beliefs corresponded with his realistic style and choice of subject matter. His support to Paris Commune resulted in the arrest for being involved in a destruction of Napoleonic regime and later with exile in Switzerland. Spending the last years of his life in La Tour de Peilz, his productivity was reduced which affected his material situation and provoked him to start drinking a lot. Courbet died at the age of 58, on December 31, 1877. His art paved the way for the future Modern movements, as Impressionism and Post-Impressionism. He had a great influence on Monet, Manet and Renoir, with whom he had a direct contact, and further, indirectly Courbet’s painting laid the foundation for figure and landscape work of Willem de Kooning and others.