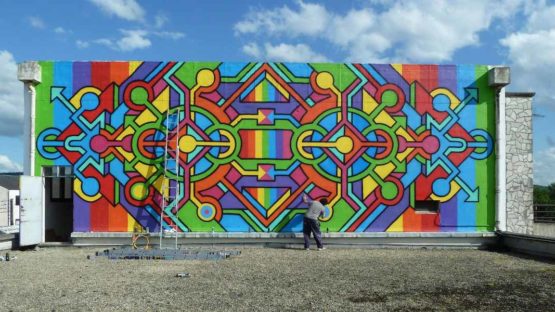 Raphaël Aline, better known as Seize Happywallmaker, is a French artist who developed his own language composed of colorful geometric shapes.