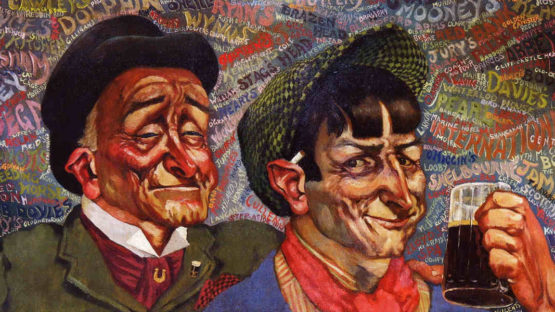 Harry Kernoff spent the vast majority of his life unappreciated, and made little or nothing from his paintings until a few years before his death, when he began to be appreciated by contemporary critics. He depicted street and pub scenes, as well as Dublin landmarks with sympathy and understanding. This is particularly evident in his woodcuts. While living in his adopted Dublin Jewish community he produced picture illustrations of his local scenes for a neighbourhood writer and friend, Nick Harris for his book called “Dublin’s Little Jerusalem”.