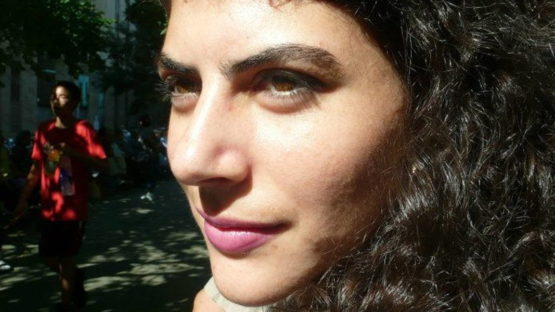 Hayley Silverman is an American visual artist, whose image-making crosses through sculpture, painting and video. Born in 1986, Silverman received her BFA in Interdisciplinary Sculptural Studies with a concentration in Interactive Media from the Maryland Institute College of Art, Baltimore, Maryland.

Silverman’s expanded cinema, operatic and musical theater works invest alternative cultures, histories and species, with a certain intersubjective urgency. Each of videos explores subtle motion and illusory effects, either through the objects being filmed or through computer-based manipulation. Using low fidelity or computer generated visual techniques, the videos all impart mesmerizing effects through slight movement and/or the manipulation of environmental elements, achieving, at times, subtly psychedelic results. Her lo-fi footage is used in combination with humor and tragedy, and draw its striving effect on performance.

Hayley Silverman engages in the discourse between the virtual and the real. Through her implementation of both video and sculpture, often integrated, she straddles the divide, manipulating volume digitally and physically. Her videos seek to ground an experience of memory in history by evincing a wandering through mediums, time, and space. In her paintings, prints and sculptures, she mixes digital manipulation with classical analogue forms.

Example of Silverman’s art is the work titled 1st Movement, which features images of shiny fabrics that appear to be folding and collapsing naturally, as if a sheet or a piece of clothing were dropped on a surface. However, on close viewing one can see that the images are being digitally deformed, giving the illusion of the natural behavior of fabric. Her work was recently exhibited at Open Space Gallery, Baltimore and Kunstverein, New York, as well in Peer to Space, Munich and the Netherlands Media Art Institute, Holland.

Hayley Silverman lives and works in both Berlin and New York.